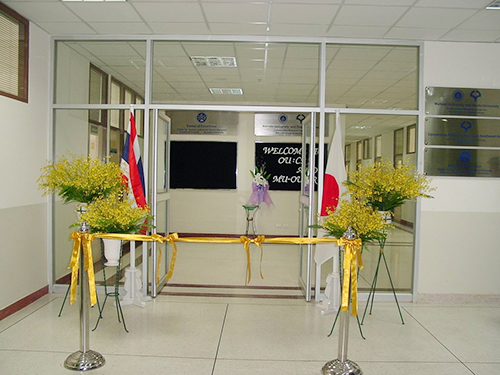 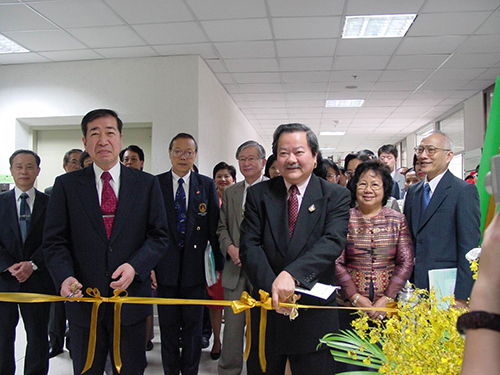 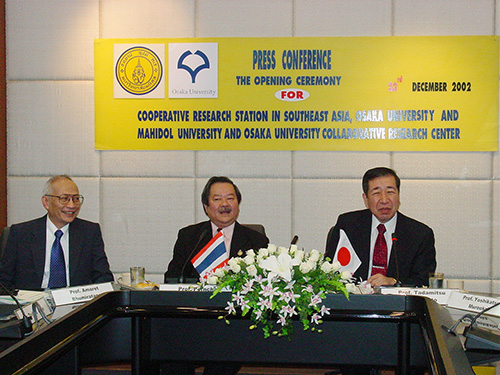 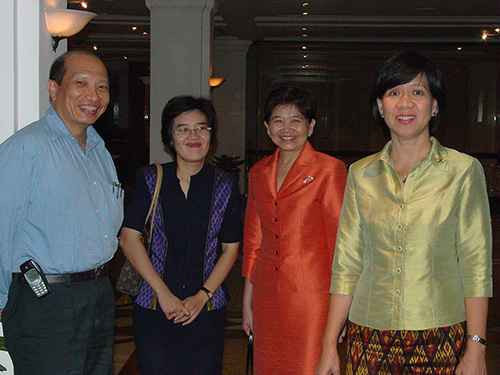 MU-OU:CRC was set up at Faculty of Science, Mahidol University in 2002, as a collaborative research center to accomplish multidisciplinary research in the field of Bioscience and Biotechnology. Since the successful exchange program in the field of biotechnology under the scheme of ‘Core University System’ supported by Japan Society for the Promotion of Science (JSPS) in 1978, Mahidol University and Osaka University have strengthened their cooperation in research and exchange program between Japan and Thailand. The new phase on the cooperative-program in Biotechnology was implemented in 2002, leading to the establishment of MU-OU:CRC together with CRS. With the combination and integration of various fields, MUOU:CRC aims to innovate the quality of life by focusing on the basic research/application relating to sustainable utilization of abundant natural resources in Southeast Asian countries. 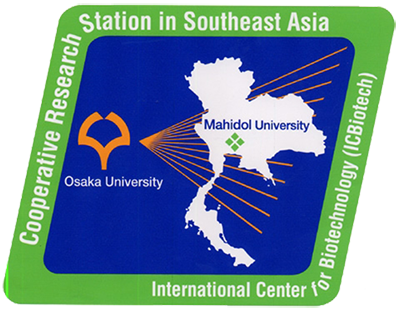 International Center for Biotechnology (ICBiotech), Osaka University, was officially established in 1978 and has been conducting extensive research and promoting collaborations on science and education among the Southeast Asian community. Such collaborations include the UNESCO International Post-graduate University Course in Microbiology, which has trained hundreds of researchers from the Asian countries for the past 30 years. With strong partnership with Thailand, the Philippines, Indonesia, and Malaysia, ICBiotech has also been taking a central role in Core University Program of Japan Society for the Promotion of Science (JSPS) in the field of Biotechnology. ICBiotech, with the supportive agreement from Osaka University, has set up its first branch office/laboratory as Cooperative Research Station in Southeast Asia (CRS) at Mahidol University, with its official opening on December 23, 2002.